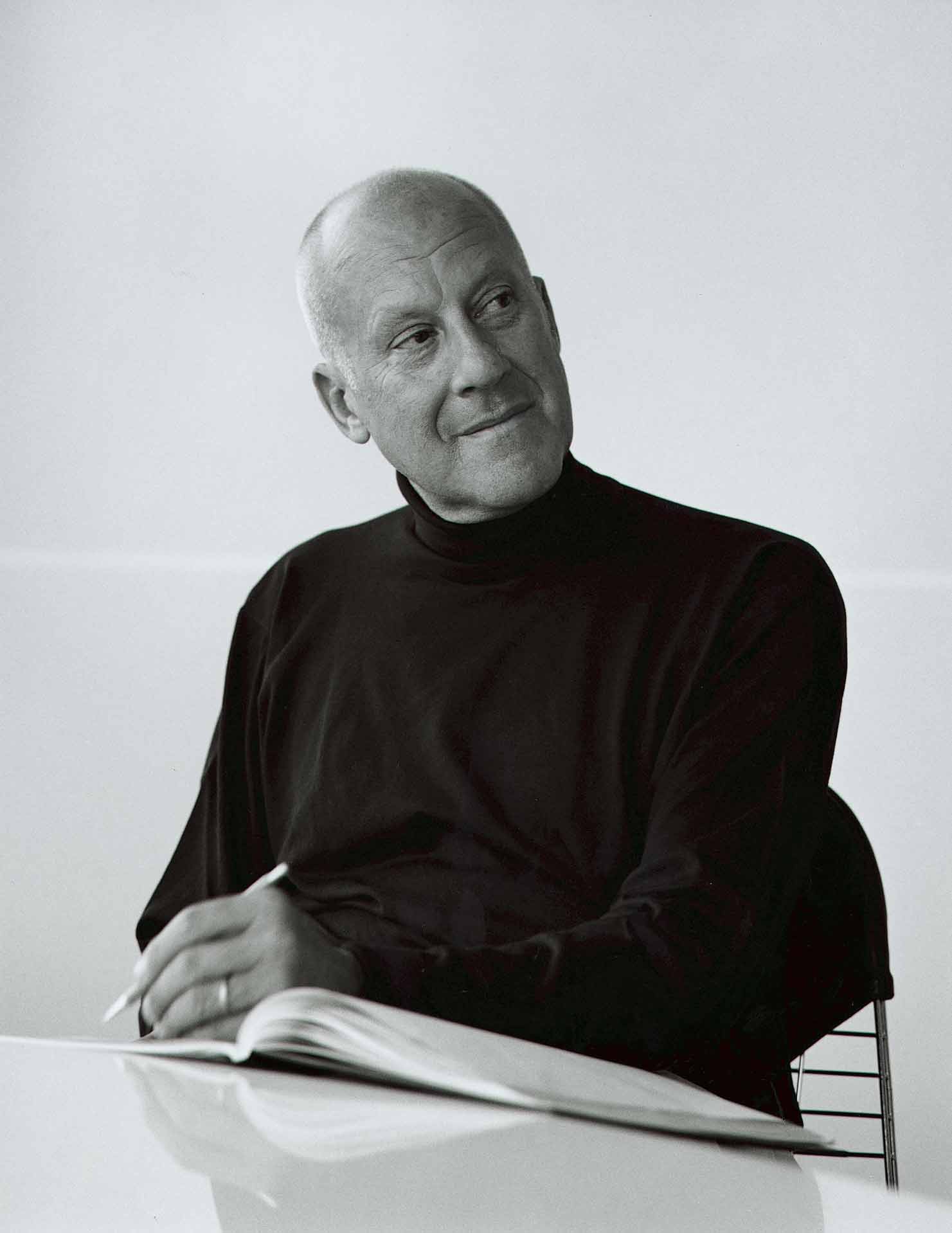 Written by Sheldrake Editor on 25th August, 2020. Posted in News

Say Norman Foster and most people think architect. Prompted to name his buildings, they might mention the Gherkin, Apple Park or the Hearst Tower. How many know that the design interests of Norman Foster run to cars, planes and trains? Meet Norman Foster the one-time loco spotter, classic car collector, lover of period Americana and third ‘namer’ on Logomotive.

The Eagle of 14th April 1950 has a cutaway centrefold of the kind that brought alive the world of technology for the young Norman Foster.

As a boy Norman Foster used to stand next to the train tracks behind his home in Manchester waiting to see passing express locomotives, ‘namers’ in train spotter’s language. After lonely waits, he would catch a momentary glimpse of a curved nameplate flashing by midway along the length of the boiler, its raised, polished fonts standing proud against a burgundy red or earthy green background. He ticked off the names in an ABC book of locomotives published by Ian Allan. In between times he pored over cutaway drawings of the latest locomotive technology in the weekly Eagle comic.

The bigger canvas of America
If the express train conjured up a vision of adventure, travel, escapism and high lifestyle in the British Isles, imagine the image of the railroad in faraway America with its vast distances and endless horizons, where trains were immortalized in hit songs like ‘On the Atchison, Topeka and the Santa Fe’. Those were the days when Winston O. Link, one of Norman Foster’s later heroes, was recording the last days of steam on the Norfolk & Western Railway in spectacular, arc-lit, black-and-white photographs.

In this 1957 photograph by O. Winston Link, K2a locomotive No. 127 of the Norfolk & Western Railway makes a stop after crossing the James River in Virginia.

Judy Garland co-stars on the cover of this 1945 music sheet with an American-style locomotive hauling an AT&SF passenger train.

The body panels of the Union Pacific Railroad’s M-10000 diesel express and the Chrysler Airflow automobile were both pressed by the Budd Company of Philadelphia.

In Logomotive: Railroad Graphics and the American Dream Norman Foster joins the designer Ian Logan and the design critic Jonathan Glancey in celebrating the heyday of mid-century American design, when streamlining smoothed the lines of trains, cars, planes and buildings. ‘The ultimate marriage of machinery, branding, graphics, colour and lifestyle found its apex in American railroad systems,’ he writes in his Foreword.

The Art Deco crown of the 1929 Chrysler Building in New York is illuminated to glorious effect.

‘Logomotive touches on so many of my personal interests and the ways they connect, particularly streamlining, which ushered in the new era of lightweight, stainless steel, post-steam expresses like the Burlington Zephyr.’ The Union Pacific’s M-10000 diesel express, the Chrysler Airflow automobile and the Chrysler building in New York are all visually linked in his view, all part of the Art Deco movement.

Railway commissions
It is not difficult to see the spirit of streamlining and innovative engineering in some of Foster’s most recent railway work including Canary Wharf Station and Singapore Expo Station.

The Lord Foster of Thames Bank
Norman Foster was knighted in 1990, awarded the Order of Merit and appointed a life peer in 1997 taking the title Lord Foster of Thames Bank. He was elected a Royal Academician in 1991, won the Pritzker Architecture Prize, often considered the Nobel Prize of architecture, in 1999 and has received a string of other awards. In 2017 he set up the Norman Foster Foundation in Madrid to help new generations of architects and designers anticipate the future.

The arched, glazed roof of Canary Wharf Station is evocative of the 19th-century cathedrals of steam.

Appearing to hover like a spacecraft, a disk sheathed in stainless steel protects the ticket hall at Singapore Expo Station while beyond, a blade-like carapace folds over the platforms.