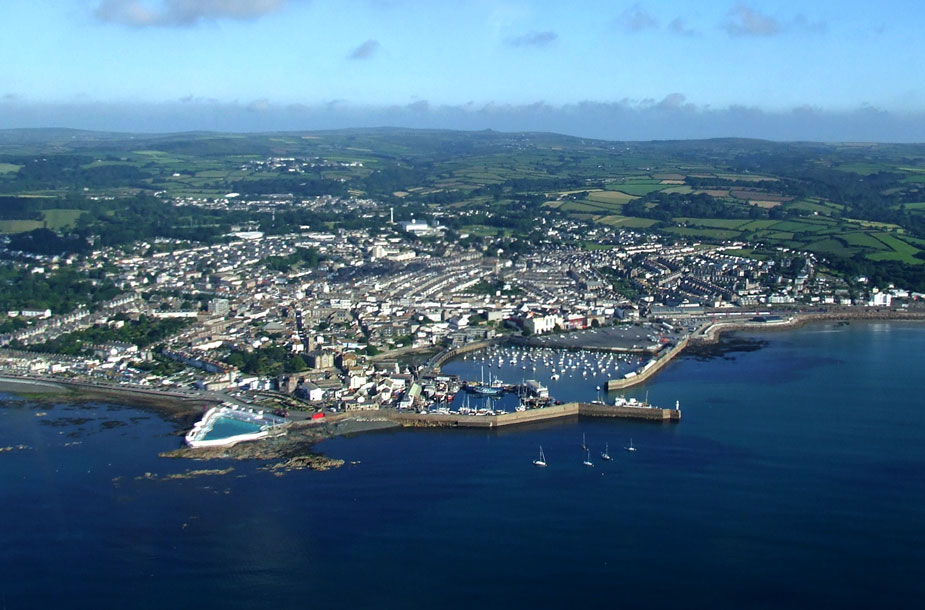 The Penzance Literary Festival has taken off in a way its organizers never expected nine years ago. As the novelist Patrick Gale, patron of the festival, has said: ‘Penzance LitFest is one of those small miracles of creativity that has grown by stealth to become a player on the nation’s book festival scene’. This year’s line-up includes a wide variety of authors from the Man Booker Prize long-listed Rachel Joyce to the crime novelist Nicola Upson, who will all give their own take on the theme of flight.

Heath Robinson’s Holiday Aeroplane in flight has been coloured by Adam Hart-Davis.

Flights of fancy
On the first day of the festival the television presenter and science writer Adam Hart-Davis will celebrate the comic genius of Heath Robinson, the artist whom Philip Pullman dubs The Grand High Celestial Mechanic of Absurdity. Drawing on the research for his latest book Very Heath Robinson, Hart-Davis will whisk you away into the world of Heath Robinson’s imagination. Just how whacky that can be is revealed in his drawing of the Holiday Aeroplane, with beer on tap and a brass band playing on the wings. Always ready with brush and crayon, Adam has produced a coloured version of the print to be given away during the festival. He will be talking at 3.30 p.m. in the Acorn Theatre on Wednesday 4th July. You can book tickets here.

Quiz and competition
Heath Robinson will figure prominently in other parts of the festival. The picture round of the annual Great Big LitFest Quiz will include questions about Heath Robinson drawings set by Adam. During the quiz, the organizers will run a competition to design a Heath Robinson contraption for the 21st century. The winner of the competition will receive a copy of ‘Adam’s whopping (1.9 kg), wonderful new book’, in the words of one reviewer, and the runner-up will be awarded the coloured print of the Holiday Aeroplane.

Edge of the world
Ten miles from Land’s End, Penzance has often been seen as a small town on the way to nowhere. Although traditional industries have declined, it has attracted a growing population of artists and writers and has no less than 10 bookshops, including The Edge of the World, partner bookshop for the festival. They will stock books discussed by this year’s LitFest authors, including Very Heath Robinson by Adam Hart-Davis. During the festival they will offer Adam’s book at the special price of £30, a £10 discount, and give away an original, limited-edition print of the Holiday Aeroplane worth £10 with every copy. This is Giclée printed on Hahnemuehle Photo Rag 308 gsm paper, numbered out of 200 and ready for mounting and framing.