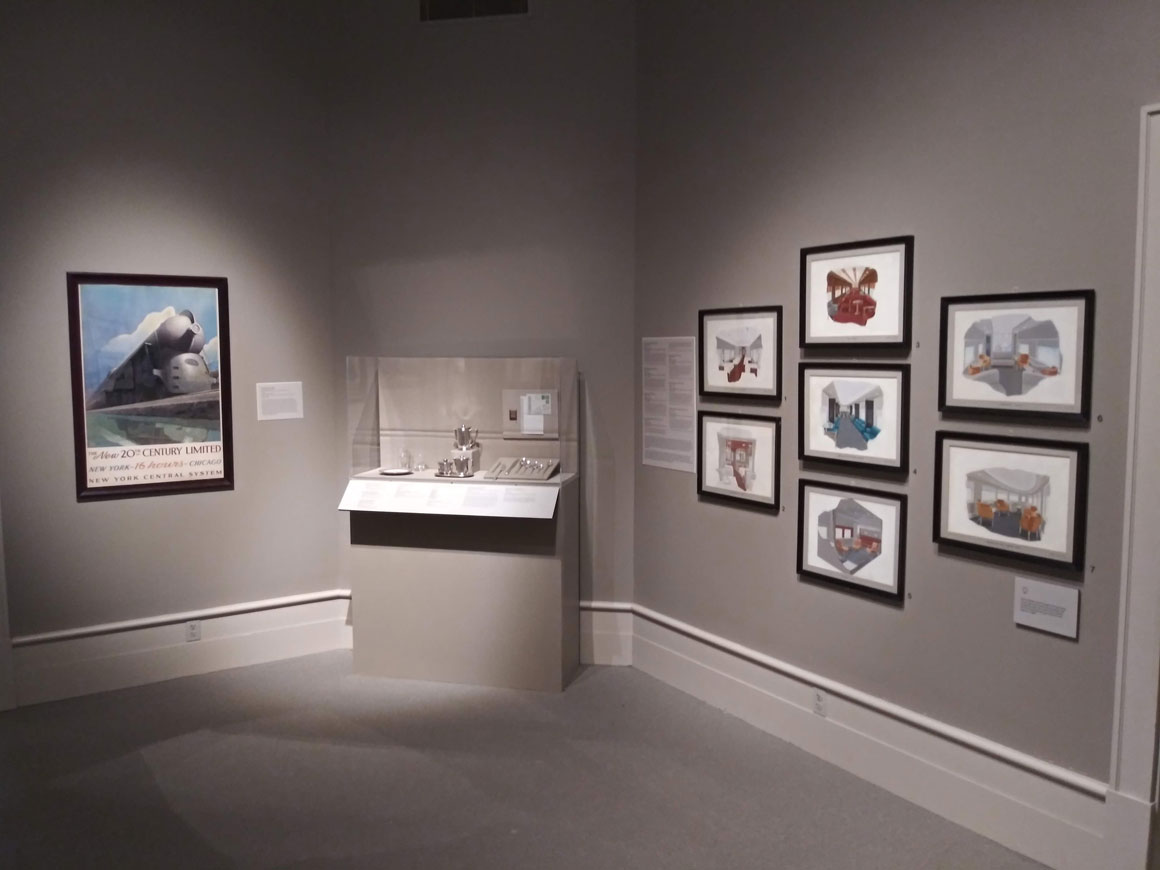 Written by Sheldrake Editor on 26th August, 2021. Posted in News

As publishers of a new book on railroads, we were delighted to hear of a sparkling new exhibition celebrating the golden age of US rail travel. Romancing the Rails tells how the New York Central confronted competition from automobiles with visually stunning advertising, luxurious dining cars and sleek streamlined trains.

An oil painting by J. Floyd Yewell depicts Buffalo Central Terminal soon after its construction in 1929.

Romancing the Rails captures the Art Deco glamour of train travel in the 1920s and 1930s. Prominent among the items on display are what the New York Central Railroad called their ‘art posters’ by Leslie Ragan, Walter Greene and Chesley Bonestell. Launched in 1928, the series featured dynamic urban scenes, dramatically lit station buildings and picturesque rural vistas. Based on original paintings, they were mass-produced by photolithography. Several of these striking posters can be seen in our new book Logomotive: Railroad Graphics and the American Dream.

Rarely seen items
Also featured in the exhibition are some rare original gouache sketches by the celebrated industrial designer Henry Dreyfuss, who streamlined the New York Central’s locomotives, carriages and dining cars from 1936. Period photographs, brochures, calendars and even plates, glasses and cutlery from dining cars all reflect the energy and inventiveness that the railroad invested in promotional styling between the wars.

This model of a Hudson type locomotive was made by Reginald H. Claudius, a draughtsman working for New York Central.

Eye-catching artifacts
The models of locomotives and carriages on display will appeal to Ian Logan, co-author of Logomotive and a keen model collector. Like most of the other objects in the exhibition, they were given to the Albany Institute of History & Art in 1959 by the New York Central itself. Since then, the Institute has enhanced its collection by acquiring other items connected to the railroad. For railfans and students of commercial design, this is a rare opportunity to see so much of the collection on display; the dynamism and style of these images and artifacts are truly impressive.

Order Logomotive
To get a copy of Logomotive: Railroad Graphics and the American Dream in the UK, click here. In the US and Canada, order from here.