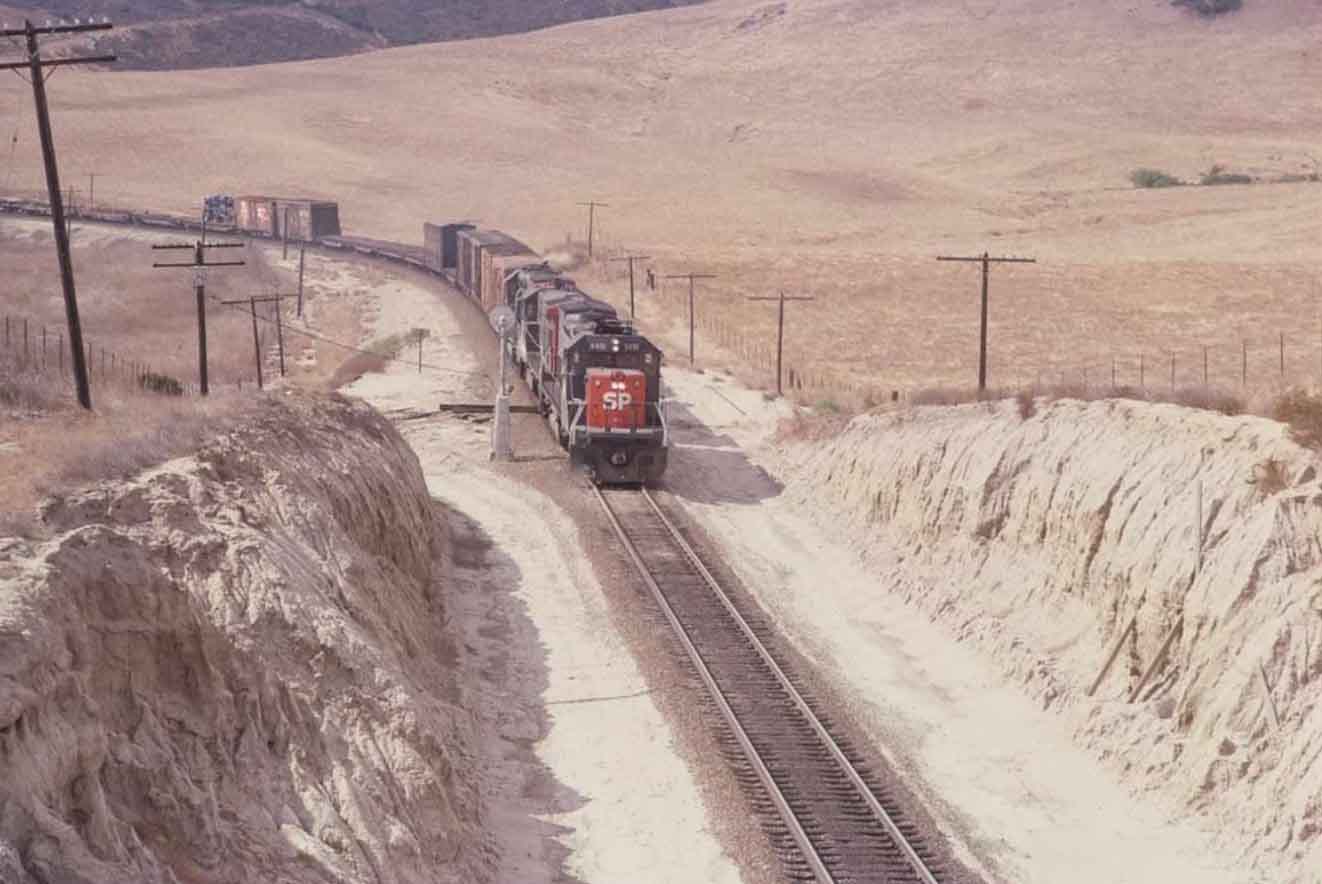 Freight on the Tracks

Written by Edwin Bartleet on 8th February, 2022. Posted in News

Freight gets scant coverage in today’s railway media, often buried on the back pages, but the award-winning transport journalist James Graham aims to change that. For those who love freight on the tracks, he will launch a freight-only e-zine, Freight Tracks, on Valentine’s Day.

Turn the pages of a mainstream railway magazine, such as Trains in the US or The Railway Magazine in the UK, and you can almost guarantee that you’ll be into double figures before you reach an article on freight. This is about to change. The slogan ‘100% Freight, 0% Passenger’ leaves you in no doubt as to what to expect from the new e-zine Freight Tracks. It promises fortnightly commercial freight coverage, ranging from railcar leasing in Russia to the renovation of clay wagons in Cornwall, spiced up with cheeky items like Heinz Meanz Trainz.

For those who love rail freight, the launch issue of Freight Tracks releases on 14th February 2022.

A lifelong passion
The Freight Tracks editor James Graham is a transport journalist who has most recently been writing about the aviation industry, but at heart he’s a railway enthusiast. Ever since his mother took him down to Polegate station in East Sussex at the age of three to meet his father commuting home each day, he has loved trains. Now his childhood connection has got the better of him and he’s going to devote himself to rail before air.

Both industries are full of people passionate about their work, and for Graham the new e-zine is definitely a passion. He has founded it and is funding it himself, believing it will meet an unfilled need. ‘I have found a sense of attention bordering on relief that at last a publication is putting rail freight on the front page,’ he says.

Freight vs passengers
Freight was the original reason for building railways in the 1820s and 1830s, with passengers as an afterthought. Right into the 20th century, the mixed goods train was an essential component of the national infrastructure, and every station of any importance had its coal sidings and goods shed. People on the platforms could see the freight trains passing through or pulling into the sidings to unload their cargoes of fresh fruit and vegetables and even livestock.

On a small island like the UK, the arrival of the internal combustion engine changed the balance, encouraging business owners to run their own fleets of delivery vehicles. Instead of using road vehicles to cover the last mile, it became faster, cheaper and more flexible to use them for entire journeys. The shunting of goods wagons in sidings went into decline. Now everything is inside containers, often in far-away ports like Tilbury, and no one knows what’s being transported, sometimes not even the carriers. Furthermore, a lot of freight goes by night, so the entire operation has become what Graham calls ‘a hidden world’. Graham’s plan is to bring the trains and the workings of freight yards back into the public eye, and not just because he’s in love with logistics. He believes trains can help save the planet.

Green credentials
In the wake of COP 26, Graham is passionate about the role that railways can play in reducing carbon emissions. By taking lorries off the road, trains reduce the number of engines running. Through strategic investment they can offer a speedy change-over to greener forms of haulage, such as electric traction and hydrogen fuel cells. Graham will be commissioning articles on the many positive changes taking place. For example, in the UK, he is pleased to see Kraft Heinz are connecting their Kitt Green plant directly to the rail system, reviving the company sidings of old. Direct Rail Services (DRS) have developed a new hydro-treated vegetable-oil locomotive and have signed a deal with Tesco that will see much of the supermarket’s refrigerated cargo transported by rail. In Germany, Deutsche Bahn have introduced 150 new measures to become carbon neutral by 2040. Canadian Pacific are catching Graham’s attention as they field test their Hydrogen Zero Emissions Locomotive.

Ian Logan has wandered into the West 60th Street freight yard in New York to get this dramatic shot as locomotives move up and down on the tracks. The year is 1975.

Freight tourist
A man intimately familiar with rail freight is the English designer Ian Logan. From the day back in 1968 when he saw his first freight train in America, he’s been going back every year with his camera. Whereas the average tourist arriving in New York for the first time might head for Central Park or the Museum of Modern Art, Ian Logan had a different destination in mind. Top of his bucket list was the West 60th Street freight yard. Asking around, he worked out where it must be and just walked in. Locomotives were rolling up and down, switching boxcars from track to track, but the drivers took no notice of him. The result of this and other trips was an archive of mid-century Americana that Ian Logan has assembled into a colourful, large-format book called Logomotive, recording the logos and slogans on the sides of boxcars, cabooses and locomotives in the heyday of American railroading.

At the Burlington Yards in Kansas City, this St. Louis–San Francisco Railway engineer has detached his locomotive from his train for Ian Logan to photograph.

In the Burlington Yards in Kansas City, Logan had to be accompanied by a ticket agent armed with an electric cattle prod to ward off wild dogs. In 1975 when he arrived there, America was exporting huge consignments of wheat to Russia and Missouri’s largest city was full of freight cars, lined up in the street as well as in the yards.

Seeing him, the driver of one locomotive called down to ask what he was doing.

‘I want to photograph your engine,’ said Ian Logan.

‘Sure. Wait a minute,’ and the driver radioed back to the guard in the caboose at the other end of the train, uncoupled the locomotive and brought it forward for the shot. A perfect example of the pride and passion that unites railway workers around the world.

In this classic example of railroad graphics from the 1930s, Zephyrus, god of the west wind, points to a streamlined future above a speeding Burlington Zephyr diesel express.

Logomotive prize
To mark the launch of Freight Tracks, James Graham is running a competition with Logomotive as the prize. Reckoning that his audience will be as interested as the author in boxcars and freight yards, he is offering Logomotive to the rest of his readers at a 25% discount with a complimentary limited-edition print of the cover artwork numbered and signed by the artist. To take up this offer, you will need the promotional code included in the launch issue of Freight Tracks. Email for a free subscription to the e-zine or visit their website, www.freight-tracks.com. You can follow @FreightTracks on Twitter.

For readers in the UK
To obtain Logomotive at the discounted price, go to https://logomotive.sheldrakepress.co.uk. When you arrive in the basket, sign up as a Sheldrake member and use the promotional code from Freight Tracks to get the free print.

For readers in the US
Please go to https://logomotive.sheldrakepress.com and use the promotional code from Freight Tracks for the discount and the free print.

Ian Logan peers up at Big Boy 4014 in the West Colton Yard outside Los Angeles during a visit on 9th October 2019.