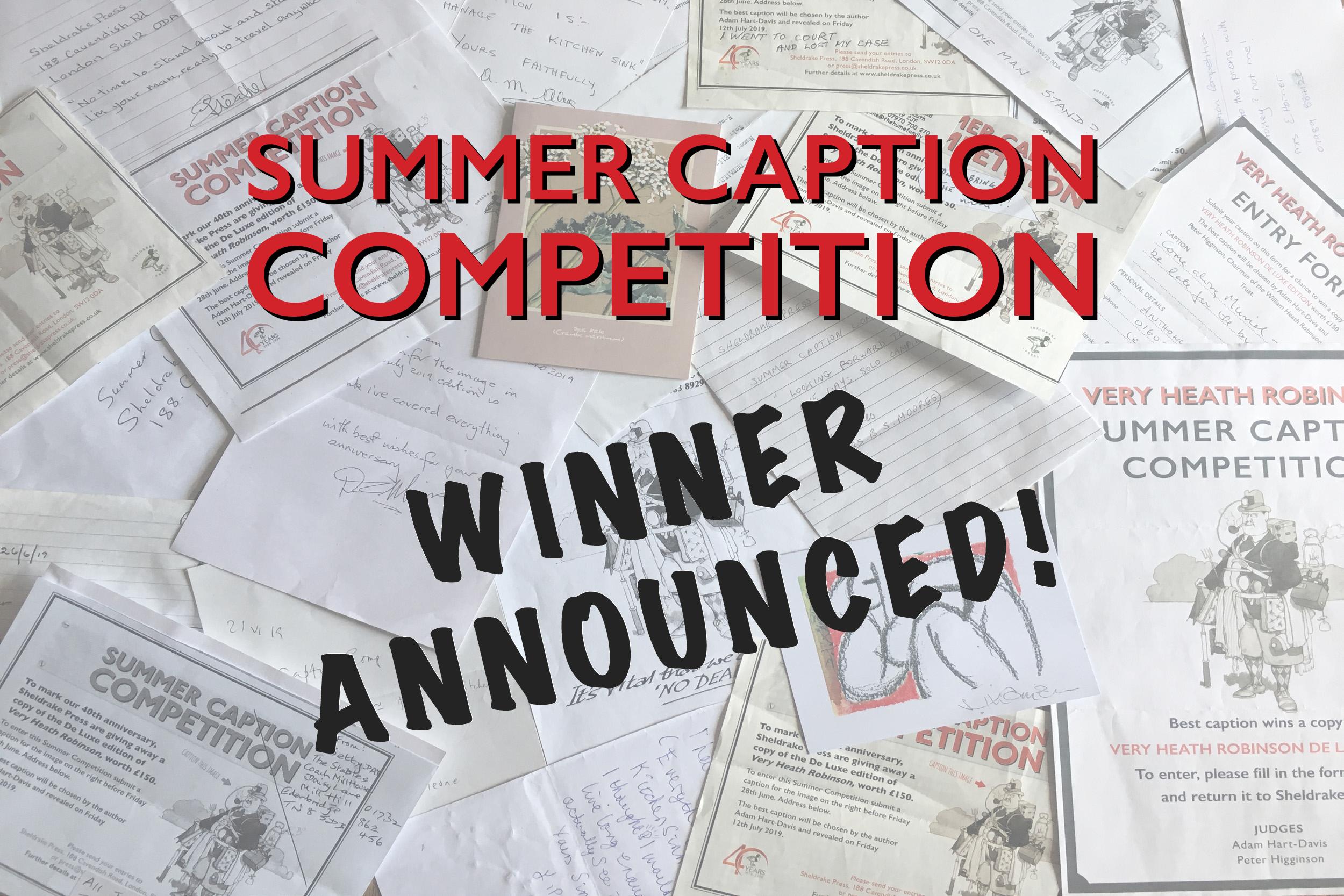 The Man Who Had Everything But

Written by Sheldrake Editor on 12th July, 2019. Posted in News

After sifting through a whopping 114 entries, the judges of our Summer Caption Competition have chosen their favourite rib tickler. It’s a whimsical take on the male condition.

How would you caption this?

It is our pleasure to reveal Charlie Scullin as the winner for his quip,

‘Yes, Bingo was single, but only because he’d not found the right woman!’

He wins a copy of the Very Heath Robinson De Luxe Edition by Adam Hart-Davis. Worth £150.00, it is one of only 200 made and is exclusive to the Sheldrake Press website.

As competition judges, the author Adam Hart-Davis and Heath Robinson’s great nephew Peter Higginson quailed when they saw the size of the post bag. ‘Choosing from these is hard,’ said Adam Hart-Davis, but I go for “Yes, Bingo was single…”’ Peter Higginson confessed it was ‘a difficult decision’, but also nominated Bingo.

Congratulations to Charlie Scullin and Adrian Wesley. ‘Both of your captions,’ felt Peter Higginson, ‘were very much in the Heath Robinson spirit.’

Commended
‘Yes, this was fun,’ said Adam Hart-Davis. It was a delight for the staff at Sheldrake Press, too. In addition to the scores of entries that came in by email and through Facebook and Instagram, from as far away as Singapore, every day brought us a welcome batch of handwritten letters. Our ears became attuned to sound of the letterbox. Envelopes littered our floor, posted from Dundee, Dublin, Devon, Cornwall and tiny Sark. We rushed to gather them up, open them and read the captions inside. Here are a few of our favourites:

‘I went to court and lost my case.’ – John Barnett

‘So all I need now is a river with some fish in it.’ – Cristina McDowall

‘I had an inkling I should have gone before I left home…’ – A. J. Trent

While not everyone could win, it was a joy to see the creativity and humour that Heath Robinson inspires. He kept people’s spirits up through two world wars. These last couple of weeks, apart from the obvious exception, he helped take our minds off Brexit.

Each dot on the map shows where a caption came from.

Original caption
‘I was especially interested in this competition,’ writes Peter Higginson, ‘as the original illustration published in The Bystander is hanging up in my home and I have lived with WHR’s caption to it for quite some time. For that reason I was very intrigued to see what other people might come up with. The original caption reads:

We can’t say we’ve seen anything quite like this on the Pennines, but maybe you have?