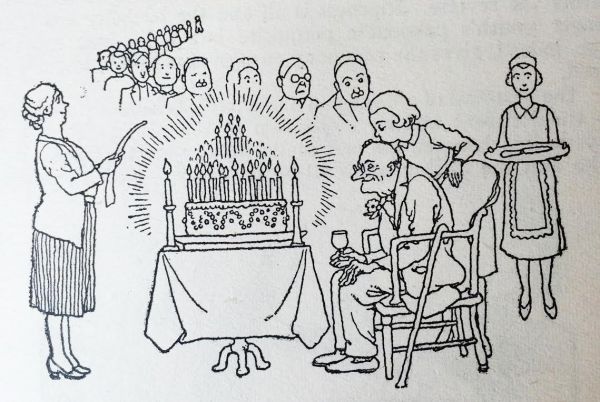 On 31st May 2016 Heath Robinson would have been 144. Artist, humorist and Contraptioneer Extraordinary, he satirized the technical advances and social pretensions of three generations, from the 1890s to the 1940s. To celebrate a birthday blow-out, we are proud to announce that the well-known television presenter and author Adam Hart-Davis will write a new book for us called Very Heath Robinson.

‘Very Heath Robinson’ is what people say when they are confronted by some complicated-looking machine. William Heath Robinson (1872-1944) made his name – and won a dictionary entry – drawing improbably complex contraptions designed to perform the simplest of tasks such as cracking a nut, peeling a potato or lighting a cigar. Not only was he the master of invention, he was also a master observer of people. He liked to bend the rules and couldn’t help poking fun at those who took conventions too seriously. His humorous illustrations are now experiencing a revival and will be on show in a new Heath Robinson Museum opening this September in north London.

Adam Hart-Davis will tell the stories that lie behind Heath Robinson’s absurdly ingenious drawings. In Very Heath Robinson he will explain the technical and social background out of which the pictures grew and for the first time weave art and history into a connected story. For more information and a preview of Very Heath Robinson, click here.