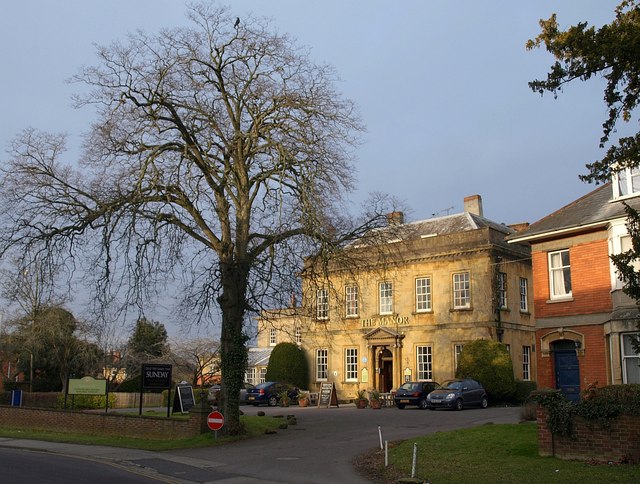 Written by Sheldrake Editor on 12th October, 2018. Posted in News

If you had to name places with literary associations, you might say Haworth, Stratford, the Lakes and Knole, but hardly Yeovil. If anything, the town is known for making gloves, helicopters and Yeo Valley yoghurt. But at the end of October a thriving literary festival takes over the Georgian Manor Hotel, built of local Ham stone, and other venues in the town centre. Though few people know it, Yeovil is also linked with Thomas Hardy and his Wessex novels.

The market town of Yeovil, close to the Somerset and Dorset border, is a relative newcomer to the literary festival scene, having launched the Yeovil Literary Festival five years ago in 2013. This year’s event runs from 25th to 29th October and has an impressive line-up of speakers including the social historian Lucy Worsley, the politician Paddy Ashdown, the documentary maker Simon Reeve and the zany comedienne Jo Brand.

At the Manor Hotel, built in local Ham stone by a glover in 1776, the television presenter and science writer Adam Hart-Davis will be talking about his childhood love, the humorous illustrations of William Heath Robinson. He will show how you can peel a potato with a specially adapted gramophone, mow a lawn in a chaise longue and rock six babies to sleep at once by cranking a multi-tiered apparatus – all wacky but potentially useful ideas contrived by the man Philip Pullman christens The Immortal Contraptioneer. Adam Hart-Davis will be presenting the weird and wonderful world of Heath Robinson at 2.00 p.m. on Saturday 27th October. You can book tickets for £10 here and buy copies of Adam’s latest book Very Heath Robinson for signing after the talk from Waterstone’s of Yeovil, a sponsor of the festival.

A blue plaque marks the place where Thomas Hardy and his wife lived during their time in Yeovil.

Wessex novels
Thomas Hardy spent extended periods in the West Country researching the countryside he planned to feature in his books. In 1876 he rented a house in Yeovil and lived there with his wife for a couple of months while he scouted settings for his characteristically dark sixth novel, The Return of the Native. The house is no more, having been demolished in the 1970s, a decade almost as destructive as the 1940s, when the Luftwaffe repeatedly attempted to bomb the nearby Westland aircraft works, but a blue plaque marks the location.

Those wanting to visit historic houses will not be entirely disappointed, however, as the Elizabethan mansion of Montacute House, built of the same Ham stone as the Manor Hotel, stands a couple of miles to the west and has its own literary associations, having been used in film and television adaptations of favourites such as Ang Lee’s Sense and Sensibility and the BBC’s mini-series Wolf Hall. Cadbury Castle to the north is believed by many to be King Arthur’s Camelot.

Montacute House, an Elizabethan mansion just west of Yeovil, has been used as a location for film and television adaptations of literary favourites such as Wolf Hall and Sense and Sensibility.