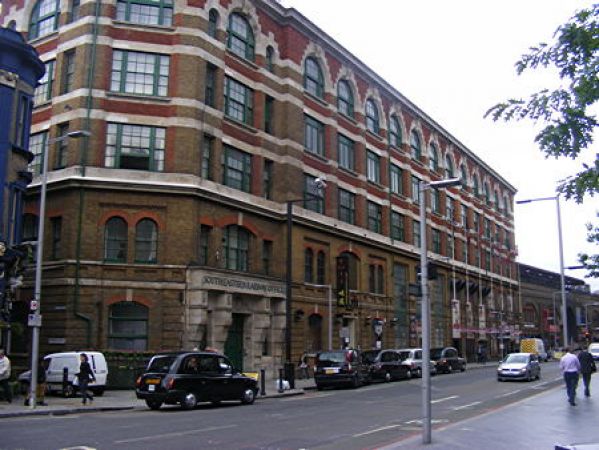 Network Rail have unveiled their plans for the redevelopment of London Bridge station. The aim of the new design, by the architectural firm Grimshaw, is to make it easier for passengers to enter and exit, but the scheme has drawn controversy due to the proposed demolition of the buildings at 64-84 Tooley Street.

The former South Eastern Railway Offices at 64-84 Tooley Street were built between 1897 and 1900 by the architects Charles Barry and Son. Charles Barry Sr created the Gothic extravaganza of the Houses of Parliament. This is the only surviving commercial building by his son, and it is an important part of the London Bridge conservation area. Do we really want to swap this for Network Rail’s new entrance to London Bridge station (see our Blog)?